Showing posts from October, 2008
Show all

Death to the Mice 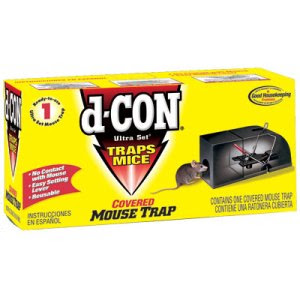 It's not often I can agree with a Muslim cleric. I can't believe I missed the news that a month ago, Sheikh Muhammad Munajid called for death to all mice, real and fictional. He "claimed the mouse is 'one of Satan's soldiers' and makes everything it touches impure." (See the full article at the Telegraph). I could not agree more. Also from the article "...he warned that depictions of the creature in cartoons such as Tom and Jerry, and Disney's Mickey Mouse, had taught children that it was in fact loveable."
Don't worry Mr. Munajid, I'm not fooled. Mickey drives me nuts, not in small part due to my extended family's fascination with all things Disney. And, frankly, I could do away with Tom and Jerry too if need be, though those guys crack me up. My real beef with mousedom, though, is the one in my apartment.
I saw one dash across my kitchen floor one evening. Hadn't seen it in a week and thus thought it met its demise. No. Evi…
1 comment
Read more

For the End of Ramadan 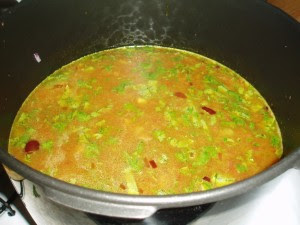 This is my second time typing this. The former one briefly appeared before Typepad decided to randomly delete it. Sigh.
Well, I'm not a Muslim, but Allah was influencing me yesterday because I pulled out a clipping of a recipe for Harira, Moroccan Chickpea Soup, that I cut from Gourmet magazine eons ago. It's a traditional break-the-fast food (at least according to the intro in the magazine) during Ramadan, which ended yesterday. Not quite at the level of an Eid feast, but I still think it's appropriate that I happened to make it at the end of the holy month. It may be a simple dish, but my tastebuds were having a festival.